We had quite a turn out for National Trails Day. People came from Milford, Stamford, Ansonia, and Newtown of course. There were six mountain bikers including myself and four from NBLA, only the fourth, Tom, decided to work from the other end so we never saw him. In fact we kept wondering what had happened to him, only to find out later that he had gone in from ROW and was working at the other end.

After signing in and distributing tools we headed up the Blue Blaze Trail, aka Al's Trail, aka the Newtown Trailway, aka the Lilillonah Trail till we hit the tail end of the unofficial Mulikin Trail. Up that to the connector to the Brody Road, up the Brody to the trail head of the Gussy Trail, and down to where we started working. 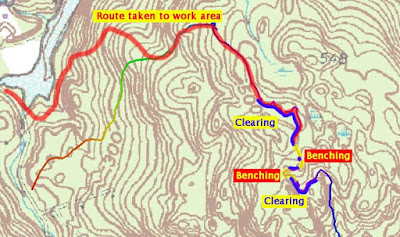 All of the work was concentrated We did a lot of benching in some critical areas! Below is Nick Hage cutting a bench and in the background that's Darlene Phillips. 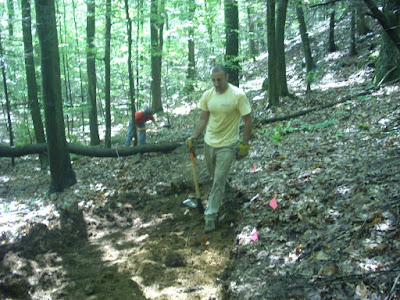 A close up of Nick and Darlene's benching getting closer. 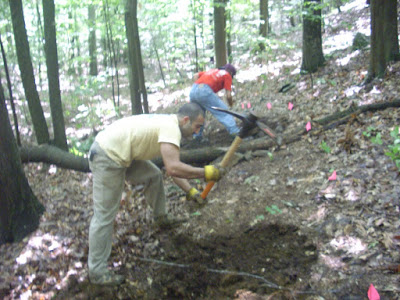 Rich Coffey and Darlene on the finished product, at least what we could finish. By 11 AM the temperature must have been approaching 90 degrees. This section is now a technical climb but we tempered log hop with rocks to make it an easy up and over. 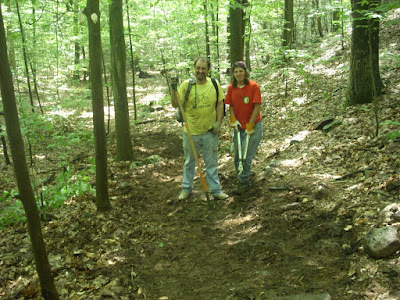 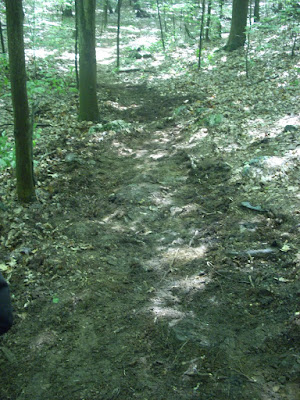 Below is the third area that we benched. If you look closely, there is a water bottle on the rocks that make up a little huck over the log that is in the middle of trail, that someone created on their own initiative. If you look to the upper right you will see a little off shoot of the trail. I found another nice huck/drop that you can hit along the way. 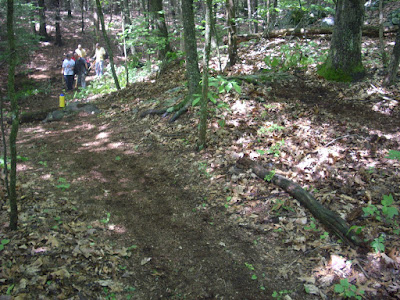 Here is a close up of that drop.
Just another nugget along the Upper Gussy 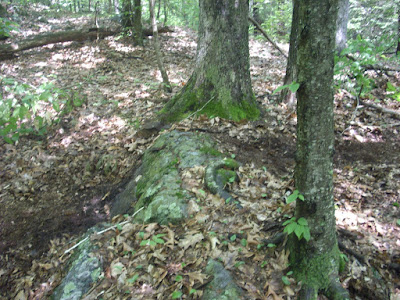 Looking up the hill of the little log jump 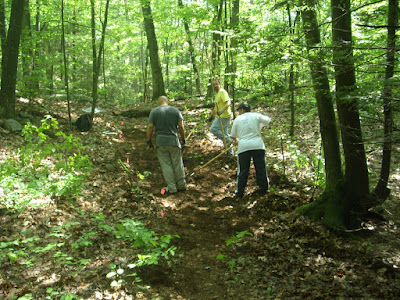 Looking down the hill from the little log jump. The problem with this feature is that you can't really get enough speed to hit this properly and get some air, at least I can't, because you come out of the rock garden and then have to make a hard left and then you are there. 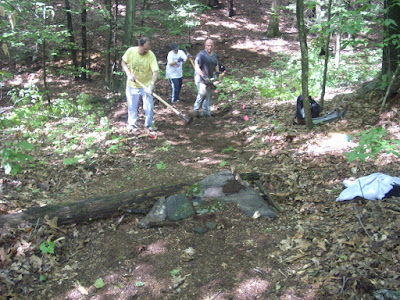 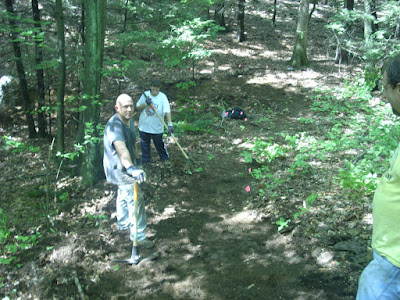 Below is the Bench Crew. From Left to Right: Joe, Dee, Nick, Darlene, Rich, and myself. 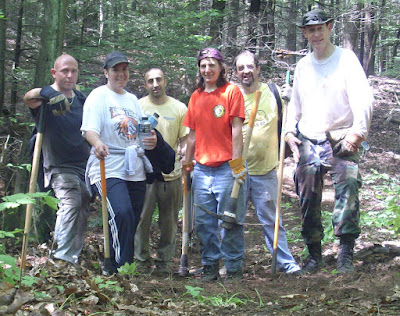 We headed back down the mountain to the boat ramp and met up with Cindy who went out and got lunch meat and sodas. Too hot for a BBQ.
at June 07, 2008