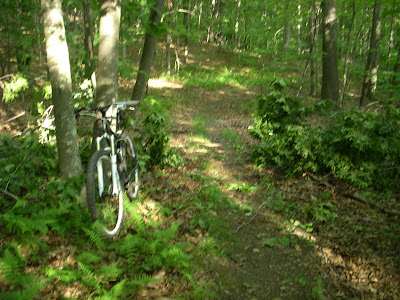 Opened up the Jeep Trail off of Sandford Rd. 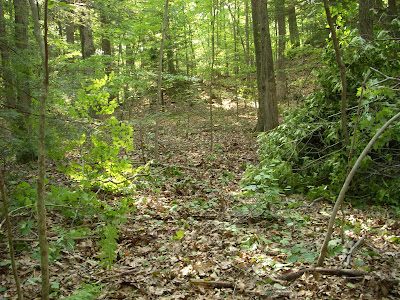 Re-Route around the big blowdown at the hairpin turn before the Wetspot.  Still need to re-route the trail on the other side of this but that will be a bigger project that I want to get permission from the State of Connecticut first.  It will result in an interesting technical descent/climb with some nice rolling grade dips. 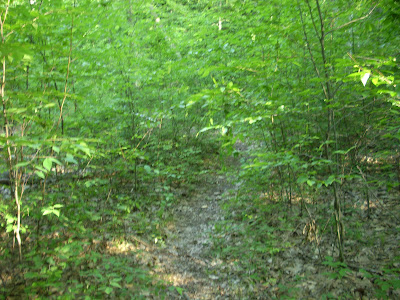 I opened up the leafy section of the trail before the new blow down.  This section needs to be cut back about every two years. 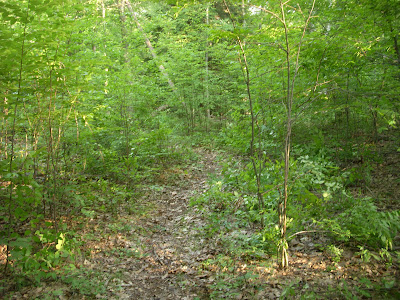 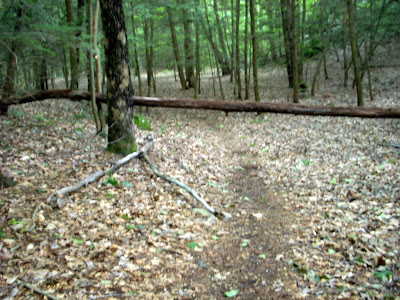 This was a tough old tree.  First I started sawing then spent some time on it with the hatchet.  Finally back to sawing till I got it to a point where I could jump on it and it broke.  If I can get someone in to help me, we can probably move the log and ride it as another skinny. 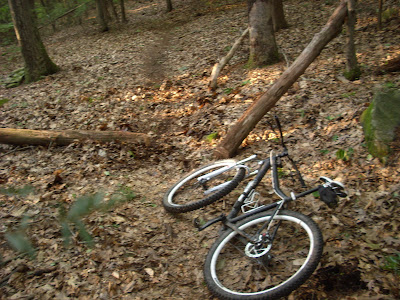 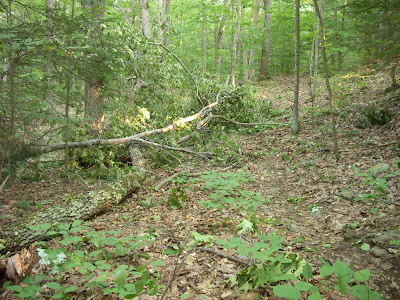 The last blowdown on the Gussy just needed a few branches removed to open the trail back up.  Another future skinny in the making, however it this one will probably require a chainsaw.  There is also another tree down nearby, whether it was caused by this last storm is uncertain but it too is great skinny potential.  It's located north of this position in an area where I was thinking of rerouting the trail at some future point. 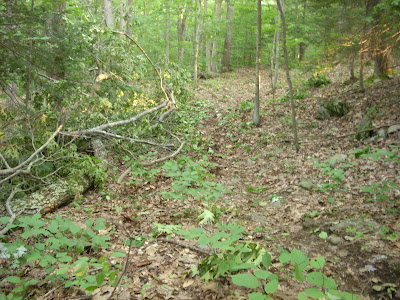 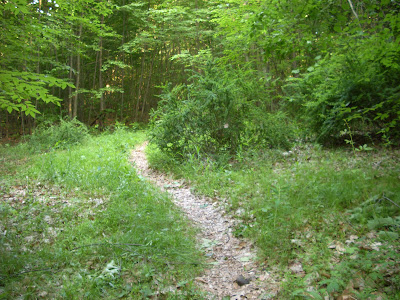 This barberry shrub has been nagging at me for quite sometime, and scrapping at my legs as I ride by it each time.  Since I had the right tools on my I took care of it.  Still need to go in and dig it up because after all it is an invasive. 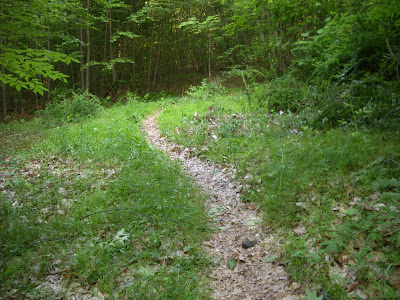 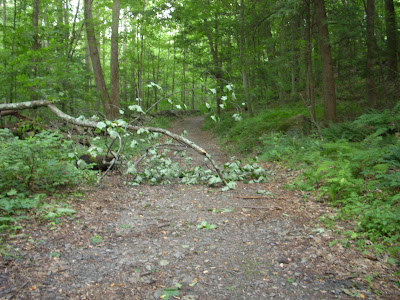 Also took care of this branch blocking the Poly Brodie.  There is a lot of poison ivy here so I had to be careful not to step in any of it.  I would rather step in dog shit because that will come off but if I get poison ivy on me it will wind up all over me in a matter of days.  No thanks! 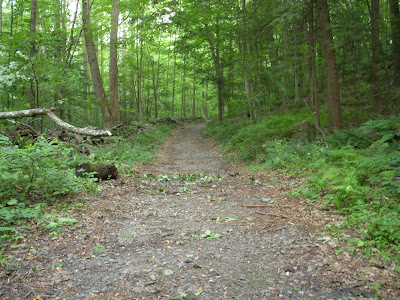