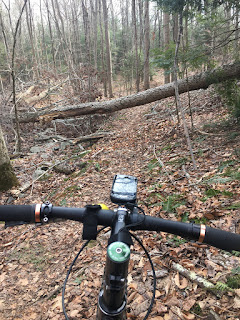 The storm over Christmas appears to have brought down another tree on the Gussy.  This happened to come down along my favorite section of the trail that was until recently blocked by another blowdown that someone recently cleared. This blowdown, however, is a major problem. 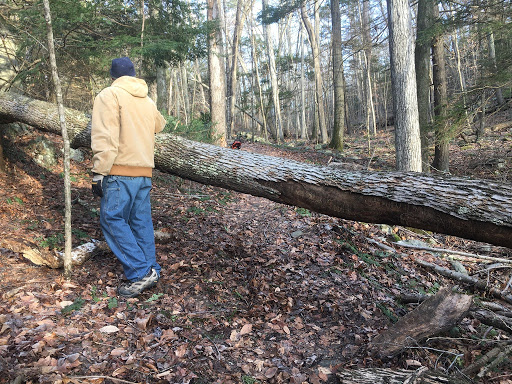 I reached out to the Housatonic Valley Chapter of New England Mountain Bike Association and Andy Engel, who is a master Sawyer offered to come out and help me clear the blowdown and build a skinny at the same time.  He wasn't doing anything New Years Day so we met at the Echo Valley Parking lot, hiked in and got to work. 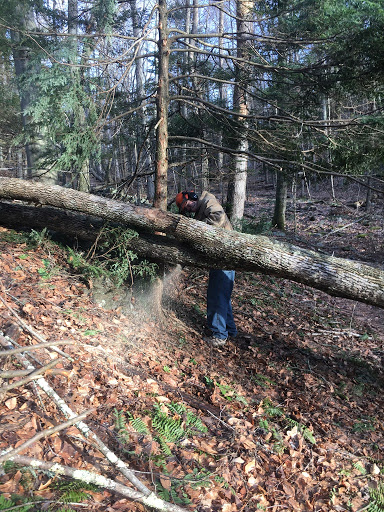 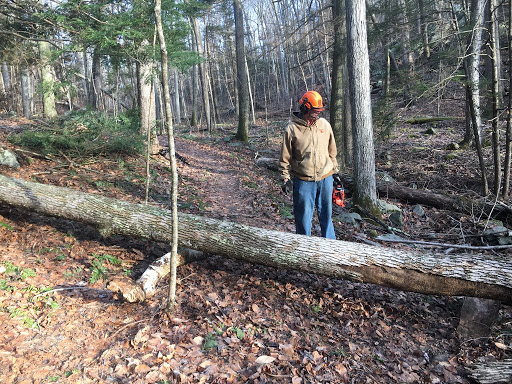 We put a log underneath it so we could turn it. 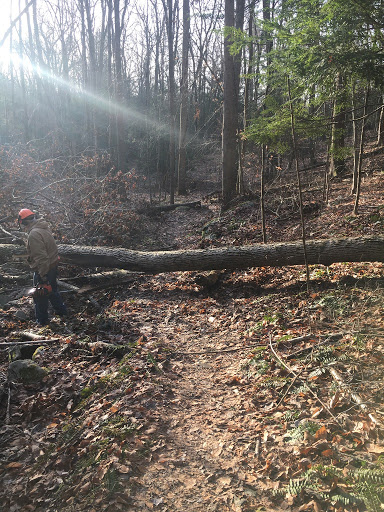 Then Andy went about cutting the other end 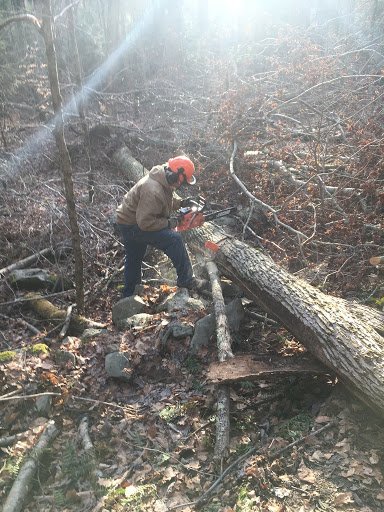 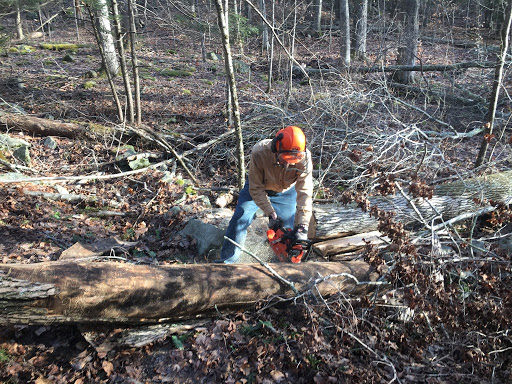 We then started moving it by levering it inch by ince 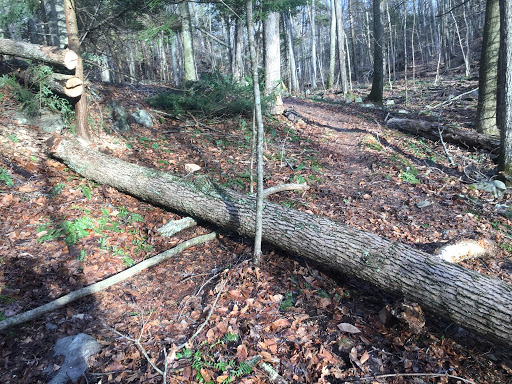 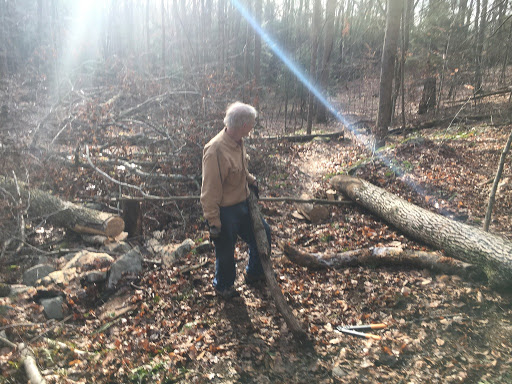 To line it up with the up and over 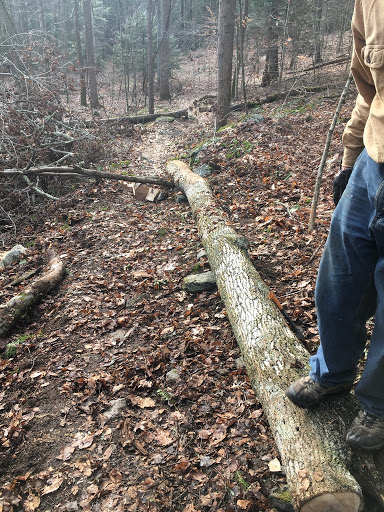 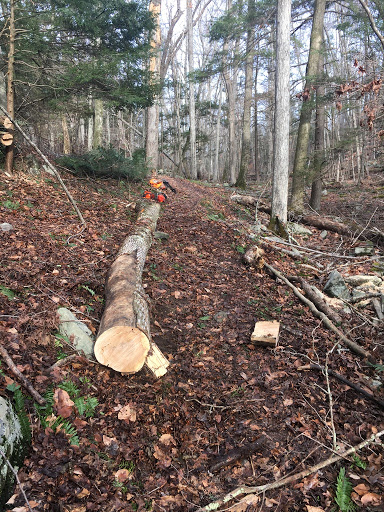 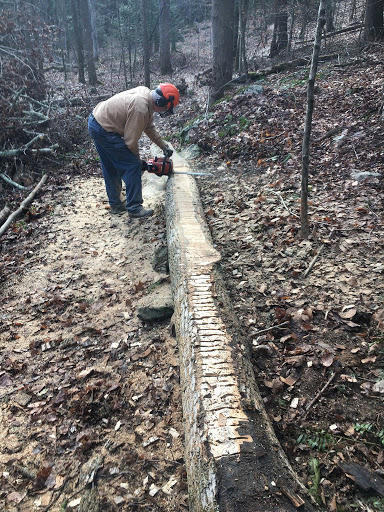 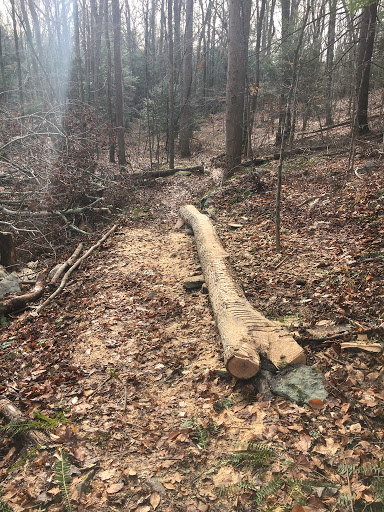 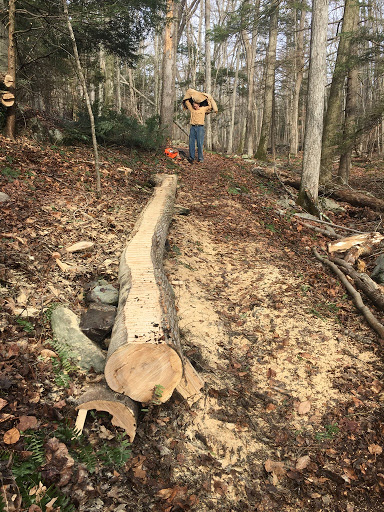 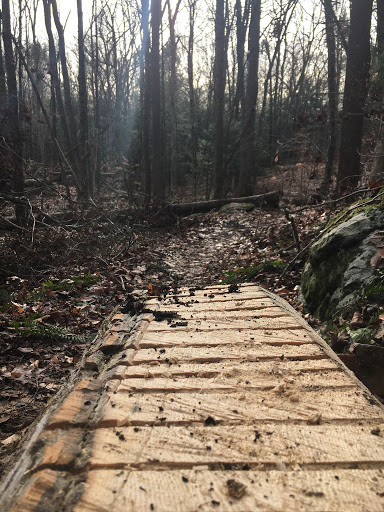