This is the first part of the Double Cross. I call this the Double Cross because there are two stream crossings within 100 feet of one another. While scouring the area for flat rocks in order to the armoring I found that the smaller of the two streams is actually man made. There is a trench that was dug, which appears to have been done to drain the pond that sits east of this location. 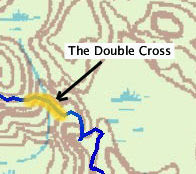 There was benching north of the first crossing, benching done between the two crossings and then lot's and lot's of armoring. The northern most crossing started out with some cribbing up to the stream crossing and a little armoring job and then it grew into some mega cribbing on the scale of Hadrian's Wall. 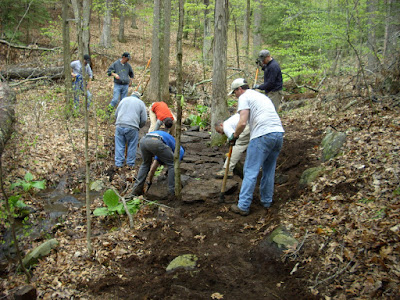 Constructing the wall. Just about all the rocks around the original treadway were excavated 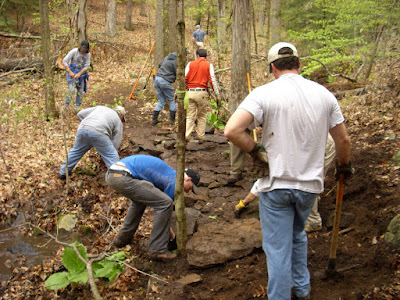 It just got bigger and bigger 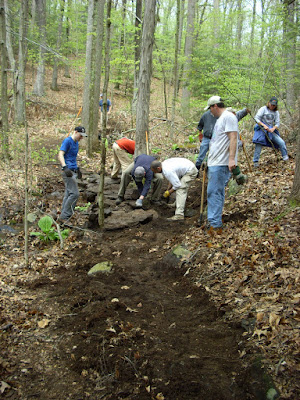 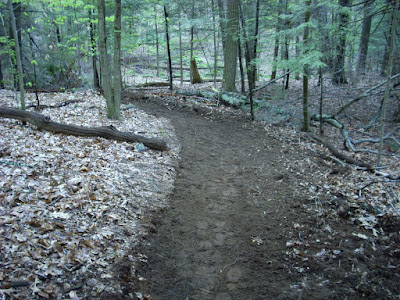 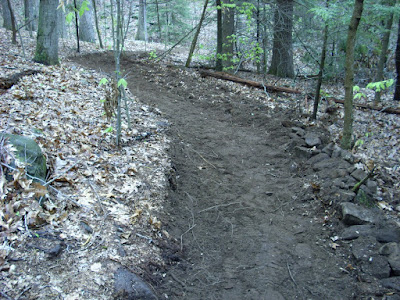 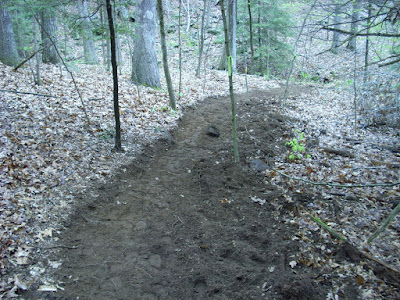 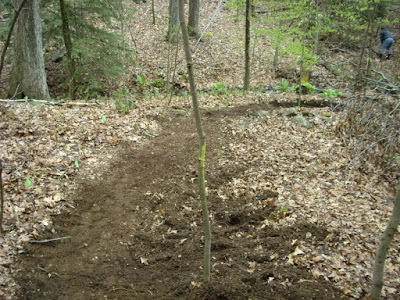 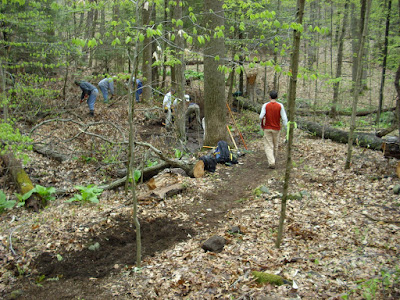 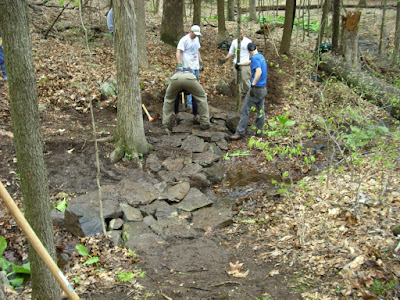 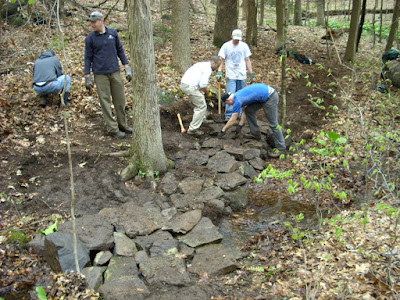 The final touches are put into place. Off to the left, Tom and Cindy decided that a go around was necessary because the surface to the left of the tree was too uneven from all the rocks that were excavated. Only, now there needs to be some more benching done there. Next time I suppose. 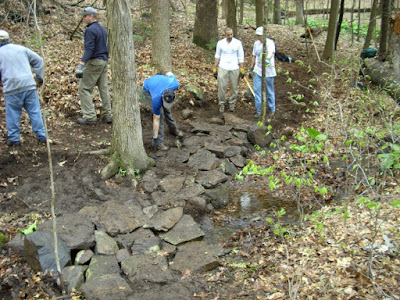 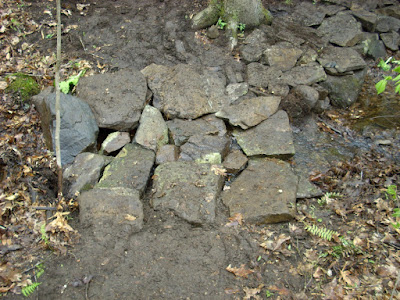 Cindy goes to work on a sapling that might be in the way of a horseback rider. 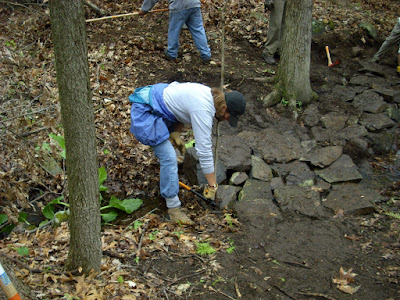 Email ThisBlogThis!Share to TwitterShare to FacebookShare to Pinterest
Labels: armoring